​Gregory Firestone is a Phi Beta Kappa graduate of Trinity College in Hartford Connecticut.  He obtained his Ph.D. in Clinical and Community Psychology from the University of South Florida and completed two years of additional clinical training in in Connecticut. 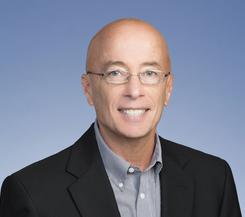 He taught in the University of South Florida Colleges of Medicine and Public Health and founded the USF Conflict Resolution Collaborative (aka Mediation Institute).  The  CRC offered a range of mediation certification courses and Greg served as primary trainer for the majority of courses offered.  After retiring from USF in 2016, Greg was appointed as an affiliate faculty member of the USF College of Public Health in recognition of his contributions to the conflict resolution field.  Greg has trained thousands of professionals at USF as well as throughout in North America and Europe.

For his contributions to the field of mediation and conflict resolution, Greg has received numerous awards including the:

Click here to see some articles by Gregory Firestone, Ph.D.